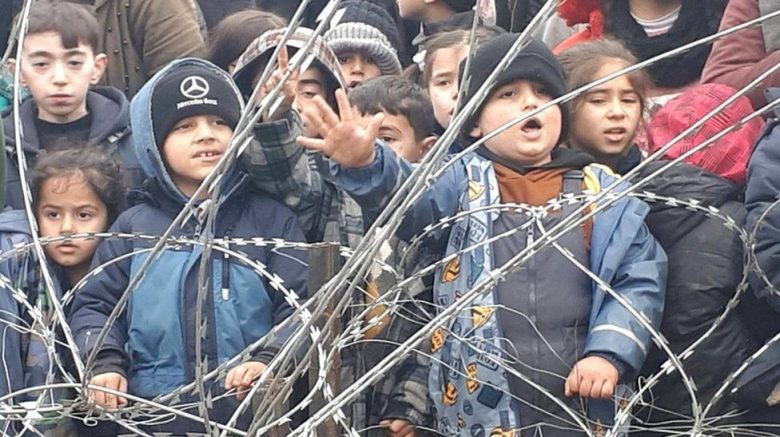 On the 9th November Polish Prime Minister Mateusz Morawiecki explained to
parliamentarians why Poland did not ask Frontex soldiers to support Polish services on
the Polish-Belarusian border. The prime minister argues, “Today we defend our borders
efficiently”. This is not the first time that PiS (the nationalist ruling party) used rising fear
of the influx of migrants as a very effective election tactic. In 2015 at the height of the
refugee crisis, which fell in the middle of the election campaign to the Polish parliament,
the feeling of being threatened by refugees was also fuelled and used by PiS. Rhetoric
against refugees employed by political parties is widely common not only in Poland, but
also by politicians around the world.

The Polish government antagonises Brussels to cover up another ongoing dispute
between the European Union and Poland over its government’s apparent lack of
respect for the democratic values. This border crisis seems to appear at a time
favourable to the ruling Polish nationalist PiS party.

Thousands of humans became victims of political games at the Polish-Belarusian
border and the crisis has been going on for months. Humanitarian aid organisations and
human rights defenders are alerting that migrants at the border are suffering from
“terrible conditions”. They accuse the “Polish ruling nationalists” of “violating the
international right to asylum by forcing migrants back to Belarus instead of accepting
their asylum applications”. As a result, Polish pushbacks, Belarus “hybrid attack” and
provocative influx of migrants as part of “revenge for the EU sanction”, trapped
thousands of people including children and women freezing in Polish forests.

Poland, as an EU member state is obliged to respect asylum laws but ongoing breaches
of the EU law and defiance of calls for the humane treatment of asylum seekers opened
another “grim chapter of European migration crisis”. The Polish government has long
been implementing a strict immigration agenda by closing its borders and continuing to
treat refugees with hostility and violence.

On the 2nd of September 2021 the state of emergency was declared by the Polish
government that was initially targeting activists, who were directly associated with the
Foundation ‘Ocalenie’. The Foundation was documenting illegal pushbacks and
supporting migrants with humanitarian aid. They, in addition to journalists, were the
main target of the government’s activities. Apart from expelling journalists and activists
from the border zone, PiS decided to make any documentation and information about
what was happening in this area more difficult. It was therefore formally illegal to record
any intervention of the border services. Access to public information on activities carried
out in the area covered by the state of emergency in connection with the protection of
the state border and the prevention and counteracting of illegal migration has also been
limited. The cutting off of the border belt by the PiS government fed Belarusian and
Russian propaganda, the lies of which could not have been verified by independent
journalists. The state of emergency blocked humanitarian aid and as a consequence
several people died. Recently, a 14-year-old Kurd has died near Kuźnica and another
body of a 20-year-old Syrian has been found on the Polish side. In mid-October, it was
reported that a 24-year-old Syrian had died, and later that the body of a 19-year-old had
been fished out of the Bug river. Earlier, in mid-September, the bodies of three Iraqis
were found near the border.

The path to solving the problem and the crisis on the border leads primarily through
European solidarity and the solidarity of the entire Western world, also within NATO
structures. However, Poland has so far refused such assistance from EU institutions.
Contrary to what the deputy head of the Ministry of Interior and Administration Maciej
Wąsik wrote on Twitter about the Frontex, it is not only “1,300 officials”, but a group of
experts in solving problems at the borders, for example on the Greek-Turkish border.
The EU agenda can coordinate support from other member states, but the Polish
government doesn’t want anyone to interfere with how Polish services treat migrants.
The prime minister’s ostentatious demonstration of his antagonistic narrative toward the
EU, disregard for the offers of EU support and the border crisis, help PiS, but certainly
not humans who are stuck in “freezing temperatures without food or medical
assistance”.